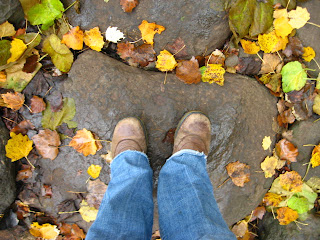 Dear Friends & Family back home in the USA,
.
Happy 2008. Just thought i’d send ya’ll an email with a little update on what has been going in the world of Ginrod. Last weekend, P Bonez & I took a trip up north to a Kibbutz called Hagroshim. The kibbutz hosts a hotel and nature reserve complete with a petting zoo where they have managed to capture baboon monkeys and hold them hostage in cages without swings. There was an owl who sat in the farthest corner of his cage shaking himself similar to the way I shake my tukas for meditation before I sleep. We also saw a very depressed and lonely fox as well as a mountain goat sniffing a donkey’s ass in the open pen.
.
We drove from Jerusalem down to the Dead Sea and swung a left just after Jericho up the Jordan valley and through the West Bank. Of course, we were driving in the evening time and it was black as night outside. Black enough that for a while, we didn’t notice the flashing of lights from what seemed like bombs falling on the vast emptiness of desert next to our car. “just don’t stop the car Hun” P bonez tries to calm me as I am fiercely clutching the steering wheel as vile words escape my mouth. Apparently, the IDF has practice grounds nearby.
.
3 hours later, we made it safely to our Hotel, and it was gorgeous. I have obviously been lacking visual foliage and crisp air because my heart jumped for joy in hearing running water and breathing in the fresh air. I did a little “Yeehaw for green trees and running water!!!!” dance outside the car as P Bonez yawned while holding the luggage.
.
Northern Israel reminds me that i am definitely a country girl vs. the concrete jungle the city brings. If only I had a regular form of transportation, I would find myself up north more often- on a tree branch, beating my chest and singing songs from the latest Darkness album.

.
As we drove back into Jerusalem Satursday night. I told P Bonez that the air suddenly turned sour and he informed me that it wasn’t Jerusalem, but his farts.
.
I am looking forward to immigrating to this crazy country but apparently my file weighs 90 kilos and no one can move it from the desk it started at. I have decided to send my file a personal trainer so that the office workers are able to pick its fat ass up and get it moving along. Apparently paying fees doesn’t insure anything more than the ever growing headache that my patience has given me. I’m not too worried about it as I am sure it will inevitably happen. I even lowered it on my prayer list: right below Britney Spears having a comeback and world peace. I have decided that when I do become a citizen, I will apply to graduate school because a graduate degree is “like the new highschool diploma, like you know-“.
.
I have also decided I should create lists for “wants” and “needs” and learn to differentiate the two. In doing so- I have already realized the only “needs” are a new mattress and arch supports for my over used brown boots. My “want” list is topped by various things like: last minute trips to just about anymore, an hour at the GAP, an endless supply of Glad Press n’Seal, and a box refill of spicy, clear glass mung bean noodle soups.